Enjoy nature at its best! 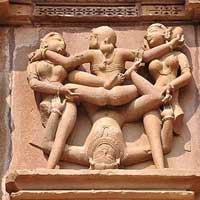 Central India is a beautiful region majorly known for its rich wildlife and natural beauty. It is famous among wildlife lovers since it boasts of many wildlife national parks and sanctuaries. It also encompasses sacred sites where people come from far and wide. There are several wonderful tourist destinations in Central India.

Madhya Pradesh
Aptly called the “heart of India”, Madhya Pradesh is a land of amazing attractions. Its biggest attraction is its wildlife. The arresting mountain ranges, dense forests sprawling across miles and lovely rivers make Madhya Pradesh an abode of a wide variety of wildlife. There are many wildlife destinations in the state but the most famous ones are Kanha National Park and Bandhavgarh National Park. Besides wildlife, Madhya Pradesh also takes pride in its rich cultural heritage reflecting beautifully in its temples, forts and palaces. Khajuraho, World Heritage Site, known for its ancient temples carved with erotic sculptures; Gwalior, popular for its forts and palaces and cenotaphs; Sanchi, World Heritage Site, known for Buddhist art and architecture and Bhimbetkar, World Heritage Site, an archaeological site (around 500 caves) of the Paleolithic, exhibiting the earliest traces of human life on the Indian subcontinent are some of the must-see attractions of Madhya Pradesh.


Chhattisgarh
It is perfect combination of natural beauty, wildlife, history and tribal culture. Its virgin forests boast of cascading waterfalls, picturesque plateaus, meandering rivers and a variety of wildlife species. Around 42 percent of the total area of Chhattisgarh is occupied by forests. Kawardha, a small town offers mesme rising views of tribal life and Mother Nature. It also has palaces. Chitrakoot Falls is a great place to unwind. Seorinarayan, a legendery place and Bastar, the tribal land are some of the popular attractions of Chhattisgarh.

Bodhgaya
Bodhgaya is a legendry place in Bihar where prince Siddharth attained enlightenment, after many years of seeking the truth, under a bodhi tree and became a Buddha, the enlightened one. That tree is still present there. It is a highly revered pilgrimage site for Buddhists as well as Hindus. The Mahabodhi tree temple stands in the east to the bodhi tree.