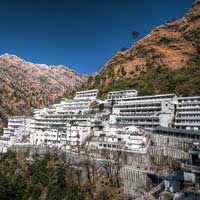 Vaishno Devi is one of the most revered pilgrimage centers of the Hindus and is visited by millions of pilgrims every year. It is located at an altitude of 5200 feet above sea level on Trikuta Hills in the state of Jammu and Kashmir. Vaishno Devi is dedicated to goddess Vaishnavi. The temple is inside a cave where three goddesses Maa Kali, Maa Saraswati and Maa Laxmi are enshrined in the form of stones or pindies. The cave is around 30 m long and one and a half meter high.

To reach the holy cave, devotees trek a 13 km route or hire a cab, pony or a helicopter. After worshipping the goddesses in the cave, the devotees move to the Bairon Nath temple which is 2 km from the holy cave. It is believed that the pilgrimage to Vaishno Devi is incomplete without a visit to the Bairon Nath temple but it has to be visited only after visiting the holy cave. As you trek up the hill towards the shrine you will be greeted with mesmerizing views of the surrounding- the greenery, the mountains. On this trek you will also find several stops where you can relax and have some food or snacks.


Legend behind the shrine
According to the geological studies the holy cave of the goddess is around a million years old. The shrine also finds mention in the great Hindu epic Mahabharata. During the days of battle in Kurukshetra, Lord Krishna advised Arjun, the chief warrior of the Pandavs, to seek blessings of the goddess for victory. Also it is believed that Vaishno Devi is one of the shaktipeethas because it is the very place where the skull of Mata Sati fell.

How to reach
The nearest airport and railway station are at Jammu (around 50 km). Jammu is also well connected by road with the major cities of India. 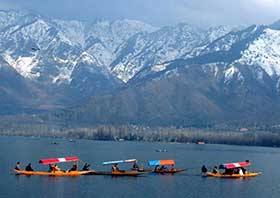 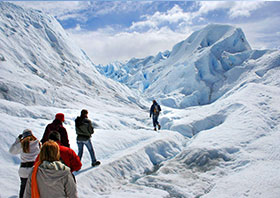 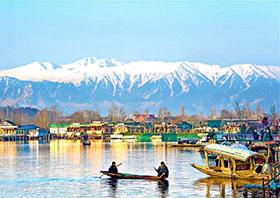 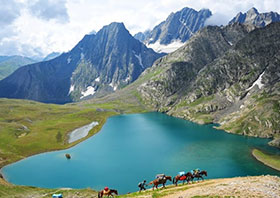