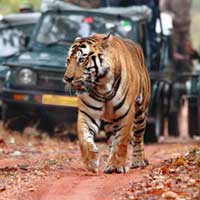 An abode of the mesmerizing tigers, Ranthambore National Park in Rajasthan is a big hit with wildlife lovers. Known for its tiger population, the Park was once a hunting ground of the maharaja of Jaipur. It was declared a game sanctuary in 1955. Spreading over 392 sq km, the Park is home to a wide variety of wildlife. It offers bright chances of spotting a tiger even during daytime at the lakes inside the Park.


Bakaula is a popular region inside the Park. It is covered with dense forest and is interspersed with several small pools and water holes. Because of the forest and water availability, this region offers great chances of spotting of tigresses and their cubs. Padam Talao, the largest lake in the Park is a perfect place to look for wildlife. In season water lilies can be seen in plenty here. Early morning and early evening wildlife can be spotted at this lake.

There is a forest rest house inside the Park, Jogi Mahal and there is also a huge banyan tree which is the second largest banyan tree in the world. You can also visit the historic Ranthambore Fort overlooking the Park. The fort encompasses several temples, huge gates and tanks. It has been declared a protected site by the Archaeological Survey of India.

How to Reach
The nearest airport is Sanganer airport in Jaipur (180 km) and the nearest railway station is Sawai Madhopur Railway Station (10 km). The Park is well connected by road to the major cities like Jaipur, Agra, Delhi etc. 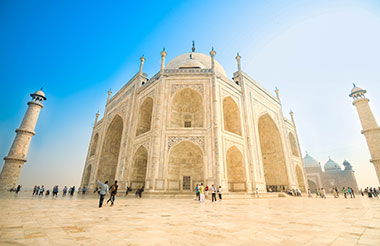 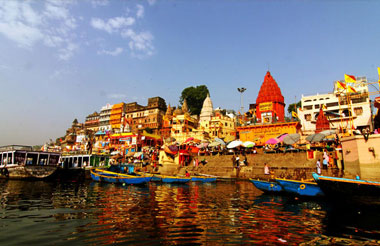